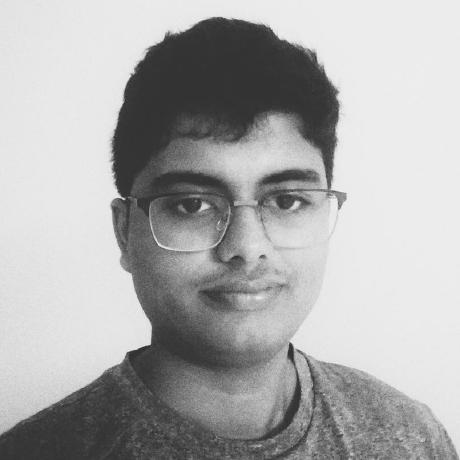 I'm a developer working for Citi in Pune. I graduated from NITK Surathkal in 2015 with a BTech in Information Technology.

Currently working on build a Cloud-based matching system using technologies such as Chronicle, Docker and hosted on Openshift (Kubernetes). Prior to this I worked on redesigning and rebuilding existing service into a more scalable and robust design using technologies like Apache Storm and Geode to meet multi-million order throughput.

Worked on improvements to the subsystem that parsed trade messages to improve straight-through-processing for the Fund Services team. Also worked on a couple of side projects to simplify data analysis using tools like Qlikview, Druid and Caravel.

In 2014, I interned for a couple of months at JP Morgan in Mumbai working on several internal tools to measure productivity with the Trade Finance Tech team.

During my time at NITK, I was part of a team that worked on Social Media Analysis - and went on to present our findings at LSCNA and IEEE's Region 10 Symposium (TENSYMP).

Sociopedia: An Interactive System for Event Detection and Trend Analysis for Twitter Data

The emergence of social media has resulted in the generation of highly versatile and high volume data. Most web search engines return a set of links or web documents as a result of a query, without any interpretation of the results to identify relations in a social sense. In the work presented in this paper, we attempt to create a search engine for social media datastreams, that can interpret inherent relations within tweets, using an ontology built from the tweet dataset itself. The main aim is to analyze evolving social media trends and providing analytics regarding certain real world events, that being new product launches, in our case. Once the tweet dataset is pre-processed to extract relevant entities, Wiki data about these entities is also extracted. It is semantically parsed to retrieve relations between the entities and their properties. Further, we perform various experiments for event detection and trend analysis in terms of representative tweets, key entities and tweet volume, that also provide additional insight into the domain.

Ontology based Approach for Event Detection in Twitter datastreams

In this paper, we present a system that attempts to interpret relations in social media data based on automatically constructed dataset-specific ontology. Twitter data pertaining to the real world events such as the launch of products and the buzz generated by it, among the users of Twitter for developing a prototype of the system. Twitter data is filtered using certain tag-words which are used to build an ontology, based on extracted entities. Wikipedia data on the entities are collected and processed semantically to retrieve inherent relations and properties. The system uses these results to discover related entities and the relationships between them. We present the results of experiments to show how the system was able to effectively construct the ontology and discover inherent relationships between the entities belonging to two different datasets.

An Interactive System for Event Detection and Trend Analysis for Twitter Data.

In this paper, we present Sociopedia, an attempt to interpret relations in social media data based on automatically constructed topic-specific ontologies. Specifically geared towards new product launches, Sociopedia also generates an overview of a product’s marketing strategy effectiveness using user feedback based auto-escalation and semantic relationship extraction. Based on entities obtained from a given dataset, tweets are extracted and are used to build the ontology. The competitor’s proportion in the given dataset is also determined through auto-escalation while the overview of the product’s performance is captured using sentiment analysis, thus providing a complete synopsis of the product’s performance.

Don't have anything here at the moment.